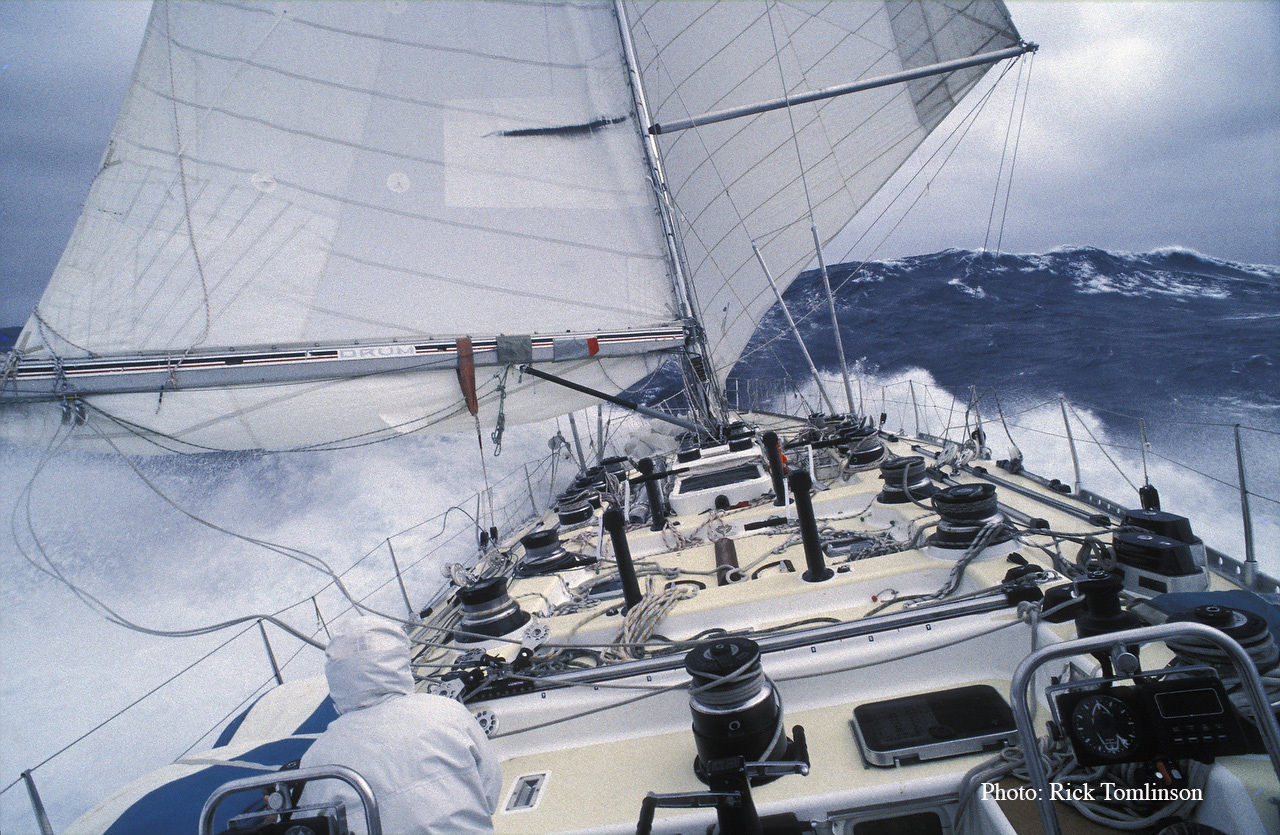 So this is where it started for me, on Drum I was a crew member and boat builder, photography was only a hobby but I had a few ideas I wanted to try out while ocean sailing, more on that on another post.There were up to 22 crew onboard Drum depending on the leg, so when we were straight line sailing there wasn't a lot to do, so I started taking pictures.

In this picture we are hard running in the southern ocean between Cape Town and Auckland, there were no ice limits in those days and we went well south of the Kerguelen Islands.

We had changed from our 50/50 cross cut Kevlar/Dacron main to our 100% Dacron sail, we had two mainsails onboard!With over 30 knots of wind we had one reef and a poled out jib top.I don't remember who was driving, probably Neil Cheston or Patrick Banfield but we were doing amazing surfs and had just beaten our speed record, which was probably around 15 knots!The shot of Magnus celebrating with his arms up was the next frame.

Just look at all the deck hardware, 19 winches and 4 pedestals, we could put 8 grinders onto one winch!Every line had a winch at the end, stoppers and clutches that could take the loads on a 30+ ton maxi had not been invented.We had wire sheets and guys with rope tails, in the night you could sometimes see sparks coming of the winch when we tacked!Who knows/remembers what a bolt cropper tack was?

It would then be a few weeks before I would actually see any pictures.I would take the films to a processing lab and then sort through the 1000s of slides, most of which went in the bin.Pictures started to be published in Yachting World, who had David Glenn or Tim Jeffery in each port interviewing the crews and being very encouraging to me.

These pictures were taken on film with a Nikon FM manual camera.You set the aperture, select the shutter speed and focus the camera.After 36 shots you have to open the camera back and change the film.

You can see more Whitbread shots on https://www.rick-tomlinson.com/gallery/11041 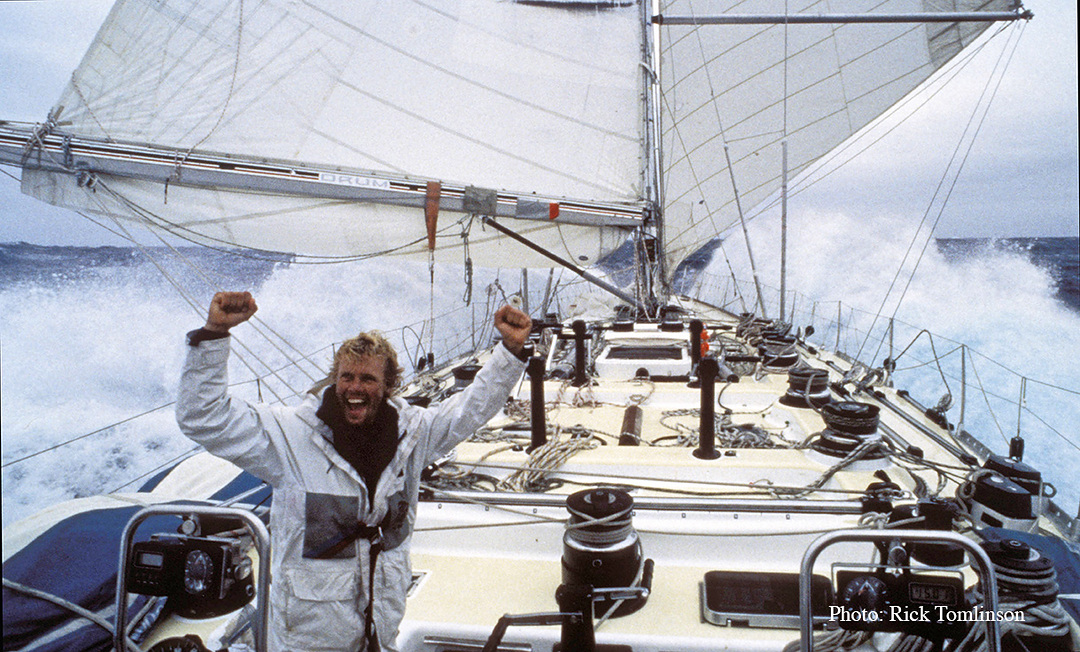