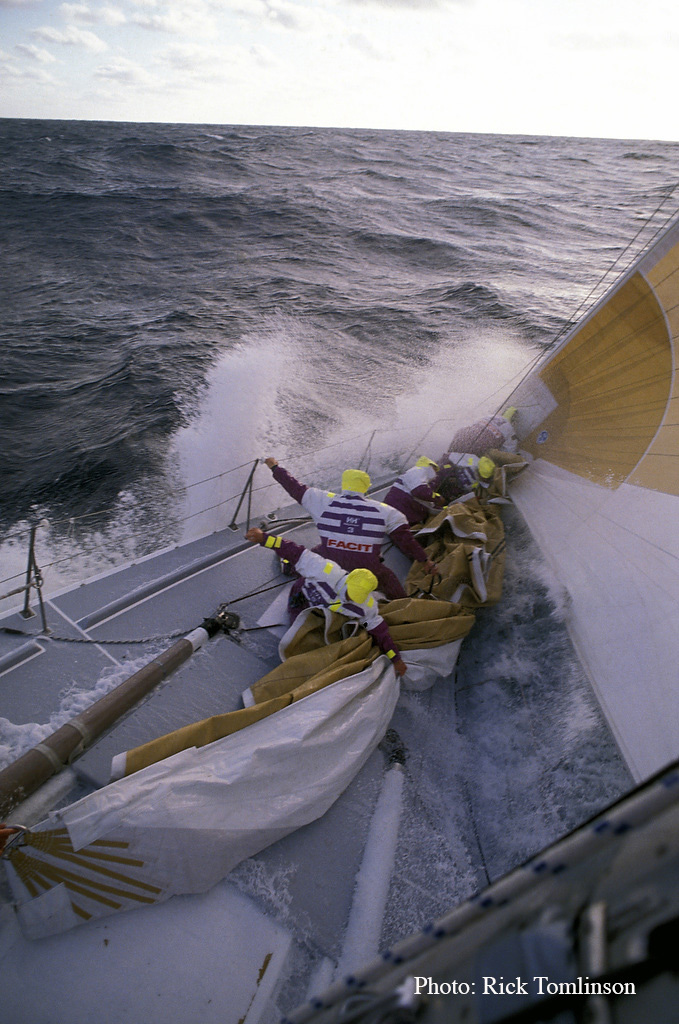 Going forward from Drum, 4 years later quiet a few of the same crew were sailing the Swedish entry The Card skippered by Roger Neilson with Magnus Olsson and Gurra Krantz the watch leader.

One of my memories of sailing on the maxis in the Whitbread was the number of headsail changes we seemed to do.We had three#1 headsails, light, medium & heavy, a #2, #3, #4, #5 and a storm jib.It took everyone in the watch except the helmsman to do a sail change with everyone up on the bow to get the old sail down and dragged back, then folding the plywood like Kevlar sail to fit into an impossibly small bag.

When I was off watch I would get out of my warm bunk to photograph if I heard the call for a sail change. I wanted to capture how much effort it took to wrestle the sail down and drag it back.I found that standing on the boom by the mast looking down showed how exposed each crewmember was and the struggle with the sail. I was off watch so given some leeway to take pictures.

The Card was a ketch so there were even more sails for Mizzen mast, 5 mizzen staysails were onboard.Trimming the spinnaker and mizzen staysail required coordination and a team of grinders on both sheets.To call for grinders on the spinnaker it was "trim" in English and for the Mizzen it was "Skota" which is the Swedish word for trim.(or so Magnus told us!)

Unfortunately we had a bit of an incident just after the start in Auckland, we sailed into the spectator fleet and hooked a spectator boat by the masthead on our mizzen, we pulled the spectator boat over to 90° before our mast broke.Fortunately every one on both boats was OK. We then sailed the 6000nm leg from Auckland around Cape Horn to Punta del Este as a sloop, with 27 sails onboard and many more crew than was needed.The is a clip of the incident on YouTube about 1 minute in https://www.youtube.com/watch?v=RkUJFQPGj-0

You can see more Whitbread shots on https://www.rick-tomlinson.com/gallery/11041 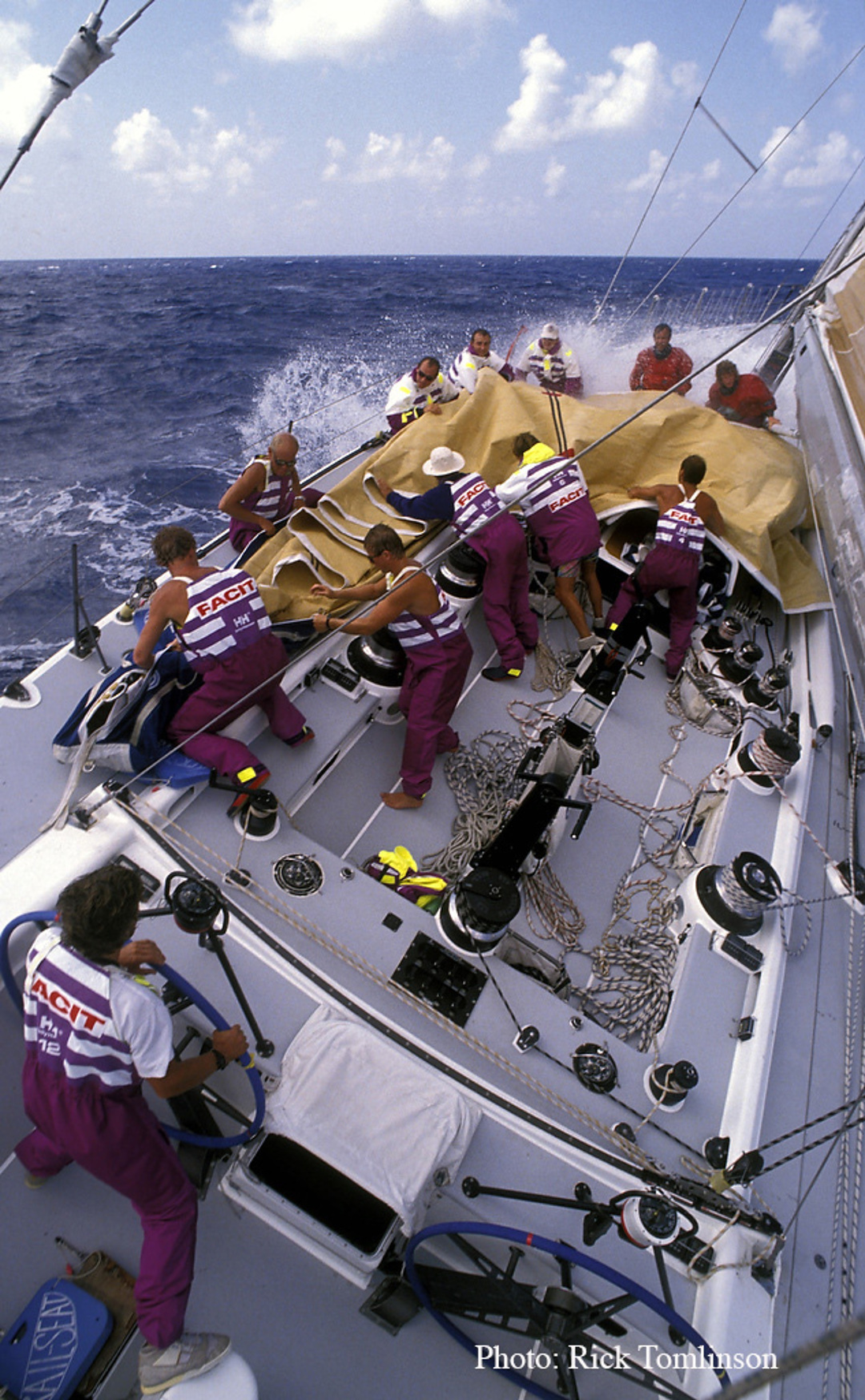 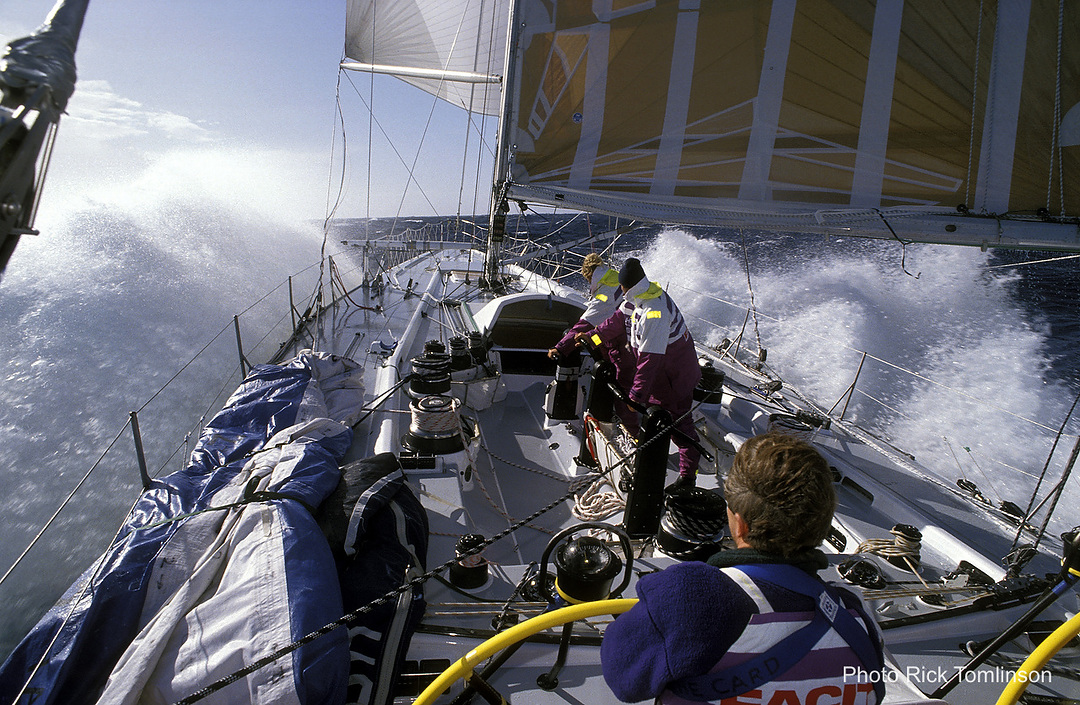 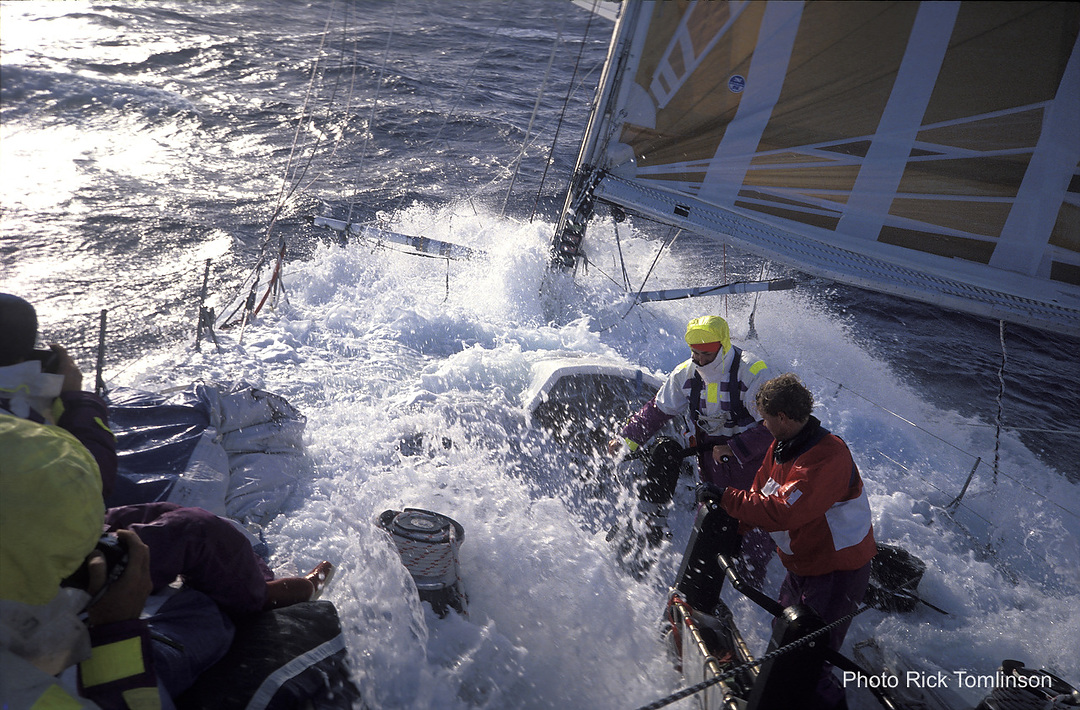 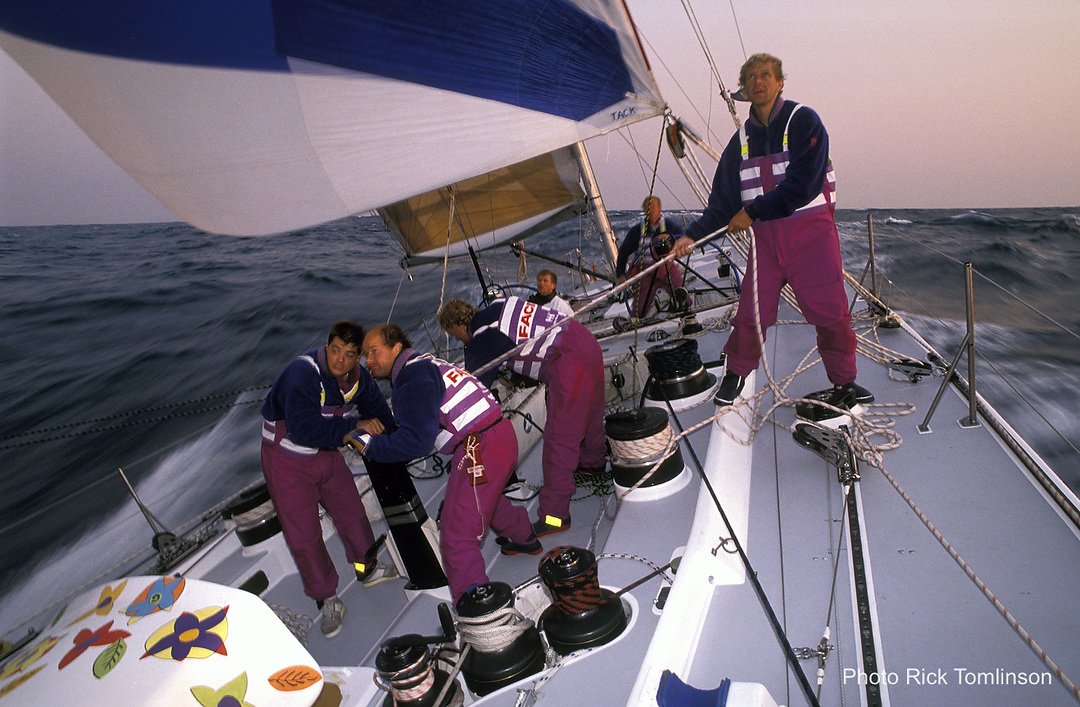 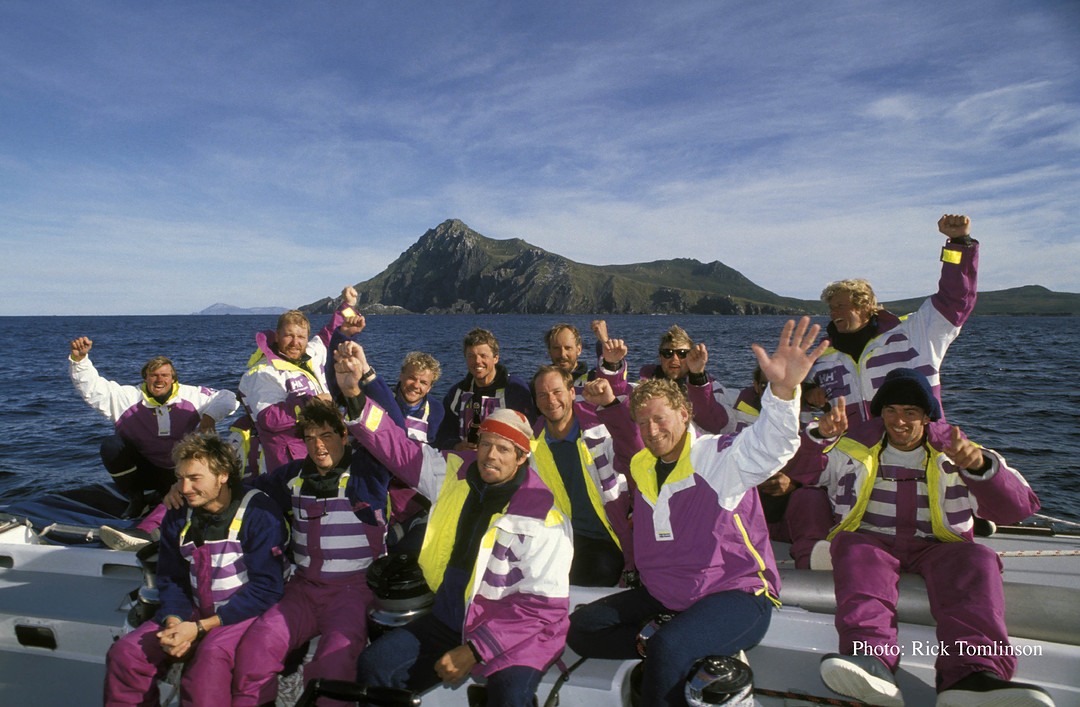 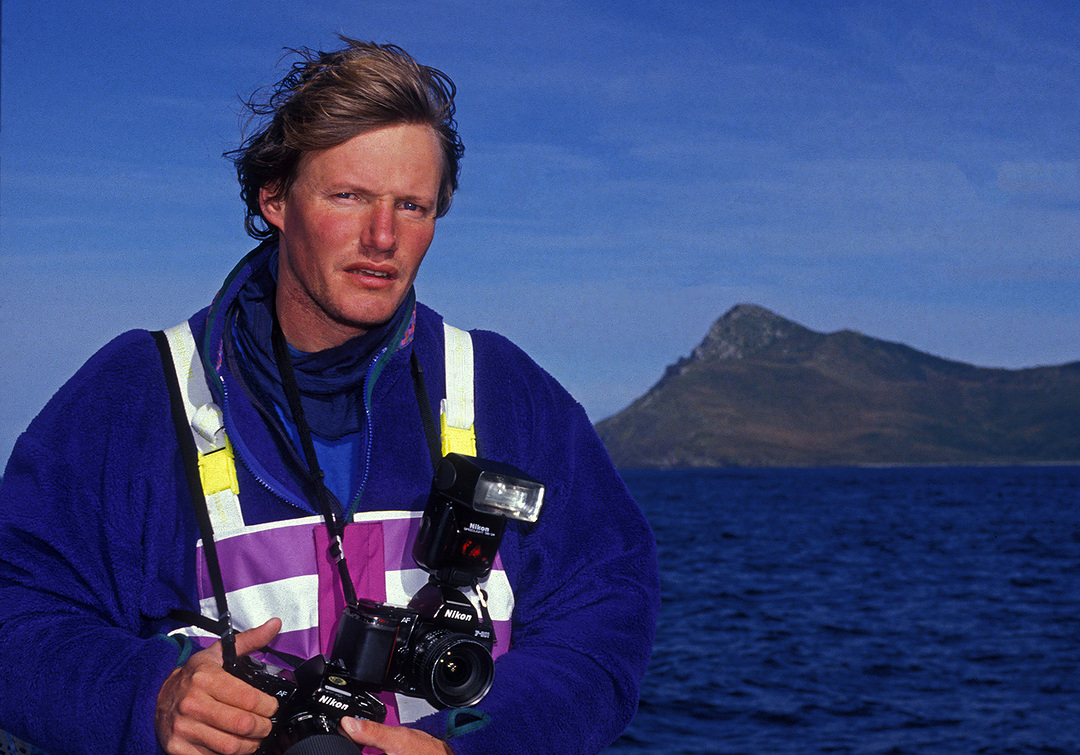 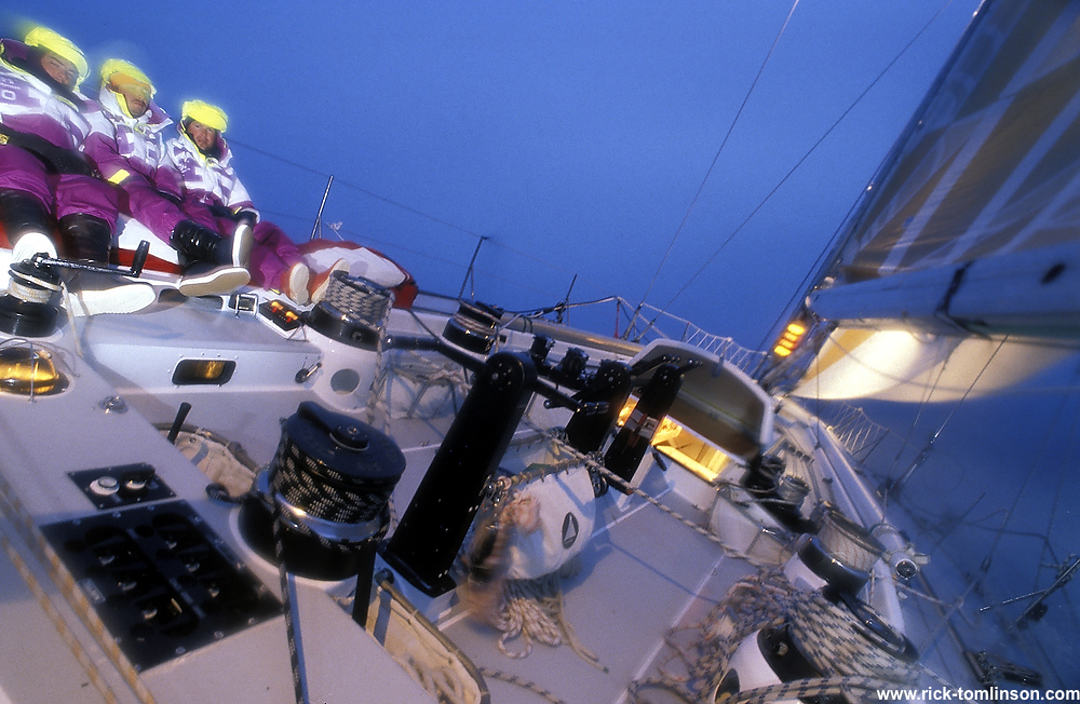 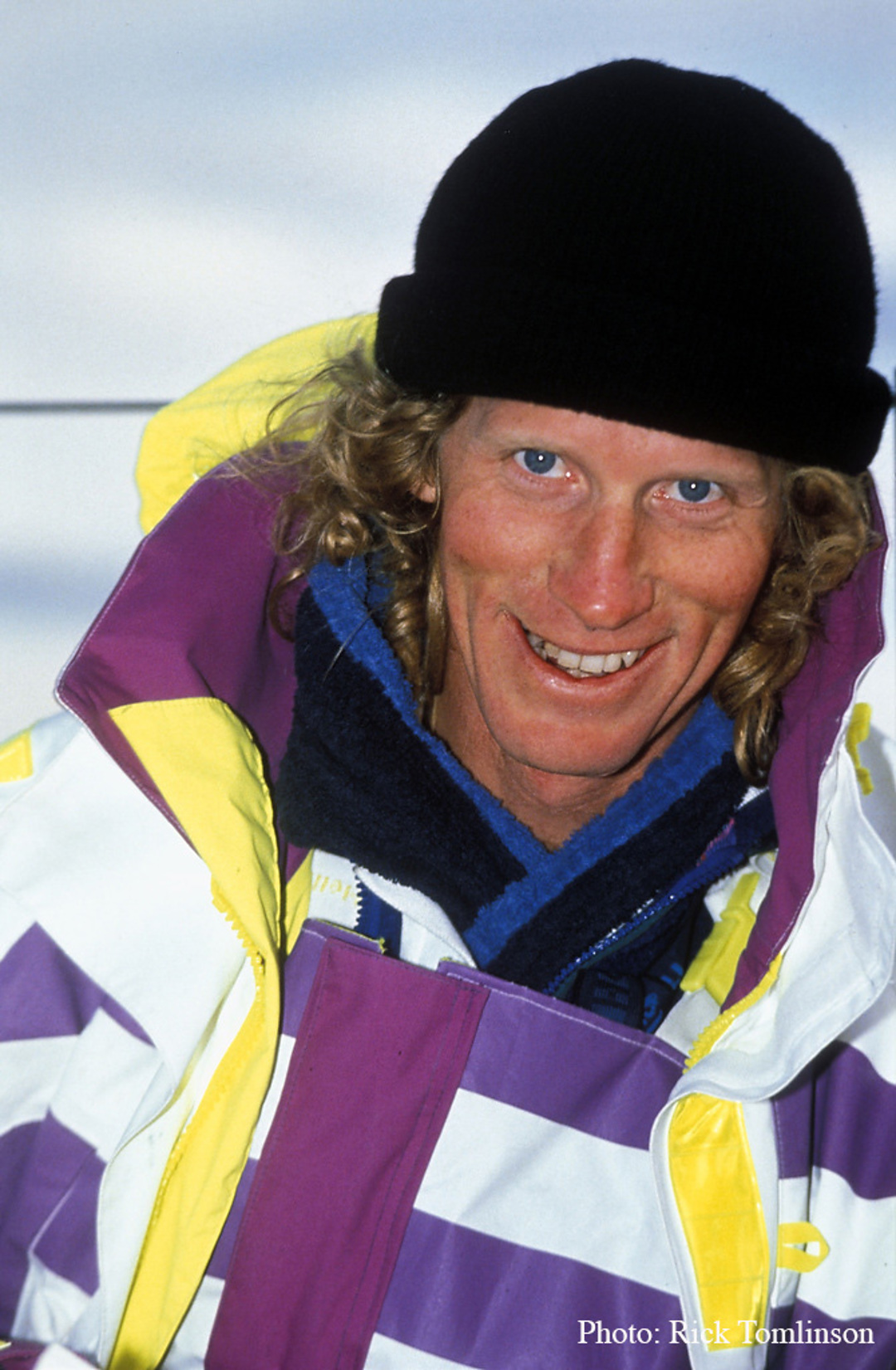